OUR SHOWROOM IS OPEN TUESDAY TO SATURDAY 9am - 5pm
STAY SAFE APPOINTMENTS AVAILABLE AFTER 5pm - CLICK HERE FOR MORE INFORMATION
Need a mattress, divan or bedstead urgently? We have a large stock available 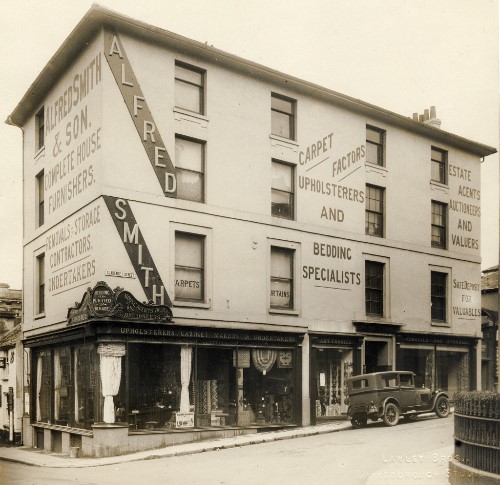 Originally established in 1811 as Olver & Son, the business has traded from its current site since it was built in 1840. In 1885, the business was purchased by the well known, Truro based furnishers, Criddle & Smith. In 1909 Alfred Smith joined the business as Manager and purchased it from the previous owners in 1912. He was joined by his son in 1925 and the business has remained in family ownership ever since. One of the current Directors is a great grand-daughter of Alfred Smith and it is not unusual to find one of his great,great grand-children helping out in the shop.

The business has built its reputation for quality products and service over many years and has survived and prospered through the ever changing fortunes of Penzance and West Cornwall for more than two centuries.

We continue to look to the future completing a large showroom extension in 2011 to coincide with our bi-centenary. This major expansion has increased our floorspace by nearly 40% allowing us to offer an even wider range of products and services to our customers.

In 2012 we celebrated the centenary of family ownership and in 2016 we purchased a new warehouse to modernise the handling of customer orders and enable us to hold a greater stock of products.