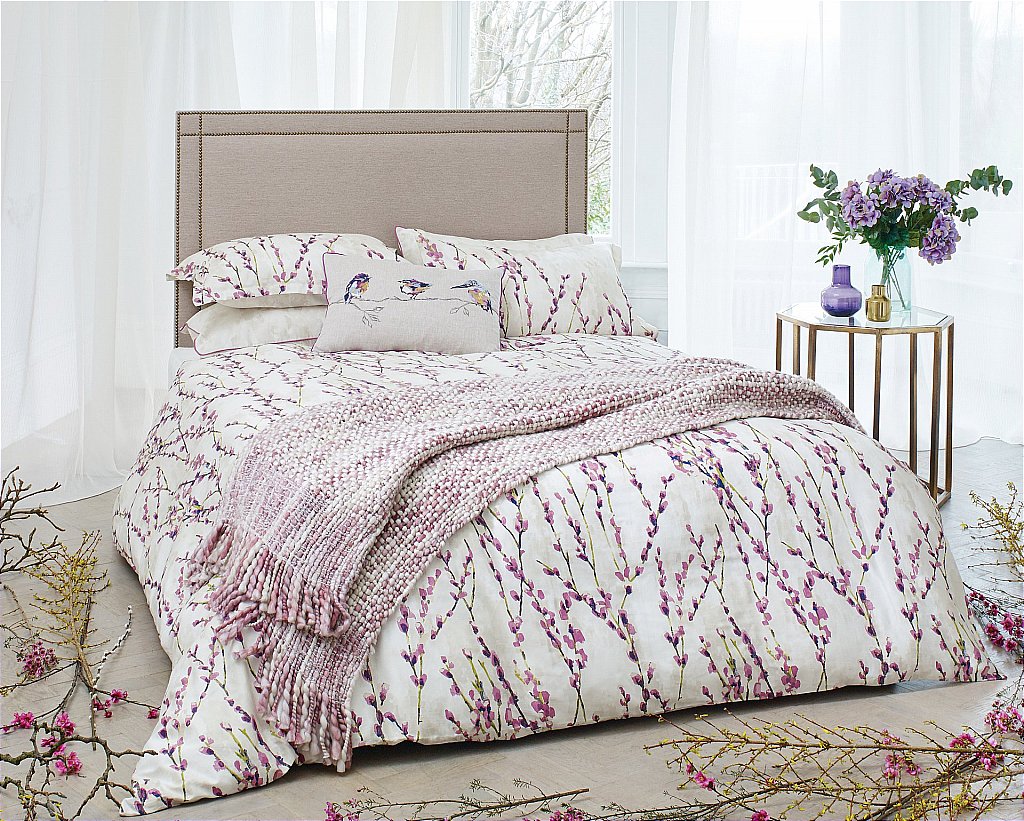 The duvet cover -Single, Double, King and Super King- is adorned with delicate sprays of pussy willow in a plum colourway. The motif is taken from the recently launched fashion-inspired Fauvissimo and statement Standing Ovation collections.
Digitally printed on 100 percent cotton sateen with a 200-thread count, the duvet cover has an all-over texture print on the reverse. The Oxford pillowcase -74 x 48+ 5cms- features the pussy willow as it fades out towards the sky.
The housewife pillowcases co-ordinate with the reverse of the duvet cover: they have the same all-over texture print with the addition of fine cord piping. Three inquisitive, embroidered birds perch on a branch in the centre of the scatter cushion -60 x 40cms-. Painterly in style, the embroidery is stitched onto a 100 percent linen ground and is finished with fine cord piping in a plum colourway. The multi-coloured textured knit throw -165 x 200cms- makes a cosy addition and completes the look. 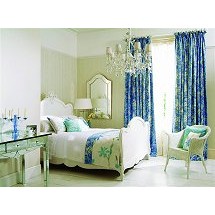 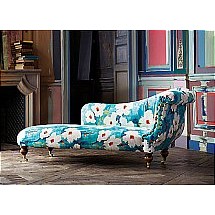 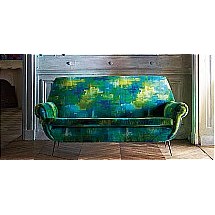 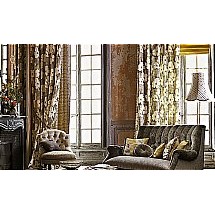